Short summary of the coach

Summary
I have had over 10 years of experience teaching high performance/amateur tennis players. I have taken the position of a travel/personal coach, where I had to plan, organize, and conduct training sessions for high performance junior athletes on and off the court. I have worked with top junior and national team players from Ukraine, Russia, and Croatia, Germany. In addition, I have taken a managerial position as an Assistant Director at the Kiev Tennis Academy for 5 years.

Objectives
My goal is to develop myself as a tennis professional and a highly motivated mentor for my students. I want to become an exceptional and reliable leader for my players. In addition, I would like to work with a high performance junior player in order to help my athlete achieve their career as well as life goals. 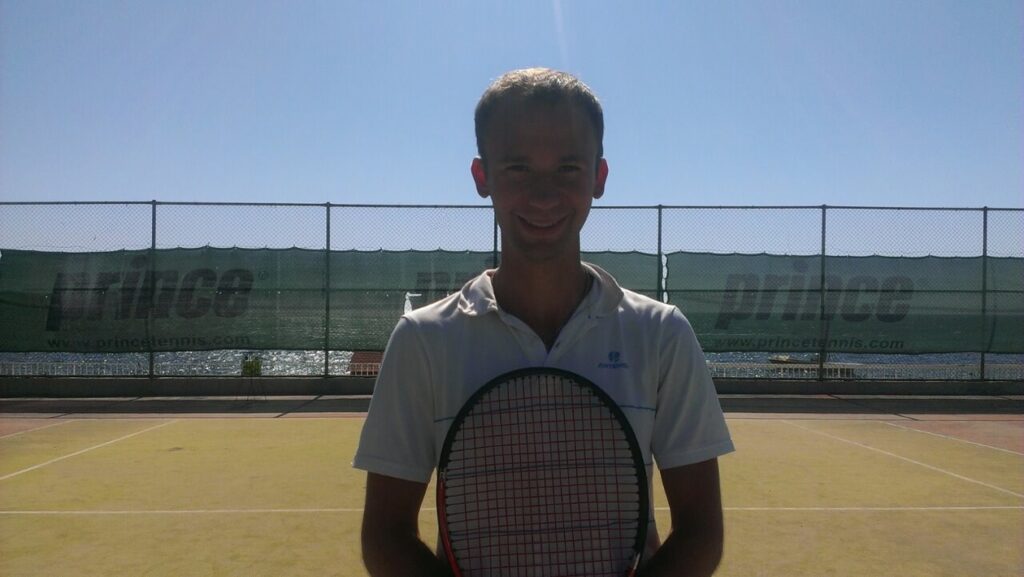 The First Ukrainian Tennis Academy, UTA , Kiev, Ukraine
Tennis Coach, May 2013 — May 2015
Designed and implemented private and group tennis lessons for players of all levels.

The Kiev Tennis Academy, Kyiv, Ukraine
Tennis Coach/Assistant Director, May 2010 — May 2015
Instructed group and private lessons for players of all levels and ages; designed a schedule of practices for all coaches of the academy.

Tennis School of Dolgoprudniy Region, Moscow, Russia
Tennis coach/Hitting Partner,  May 2008 — May 2010
Taught junior players the fundamentals and tactics of the game, as well as played the role of a hitting partner.